Print2Post is a family run business since 26 years and will soon be enjoying its 2nd generation of ownerhsip. 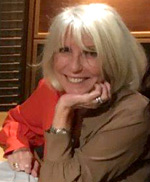 ...has spent 26 years in industrial and technical sales, with the majority of her experience within the Computer Leasing Business and second user IT - equipment industries. Upon her return from the US, where she attended Boston University with an academic career in mind, she first got an entry-level job at SEL Components Nürnberg, before she joined ITT’s European Product Center in Munich in 1981, with a very special interest in Data Communications.

Her success prompted the Swedish Cominvest AB in 1984 to offer her a job as Shareholder and Managing Director of their German operation. Cominvest ranked among the world's largest and most competitive global IT companies engaged in assisting customers purchasing, financing, leasing and selling IBM mainframes, controlling a very large share of the IBM mainframe market. In 1992 Renate founded MAINFRAME & CO., now print2post.
She handles all inquiries on pre owned digital printing systems. 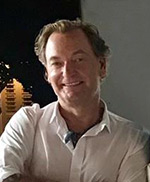 An academic degree in engineering is viewed as a stepping stone to a career in architecture, a career path that involves motivation and determination to succeed in what is an ultra competitive area. Although it seemed like the most obvious route to take, Markus asked himself after 5 years in architecture, whether it might not make more sense, to join the family owned and operated business. He began with studying the modularity of the systems and knew soon, that engineering had been just the right choice for him.

He is now an enthusiastic and professional “system architect”, who enjoys being part of, as well as leading, a successful and productive team, quick to grasp new ideas and concepts, and to develop innovative and creative solutions to problems.
His ambitions are many and varied, his short-term goal for print2post is to service our customers in the shortest timeframe and most cost effective manner possible, his long term vision is to expand the print2post customer base and project abilities to manage and facilitate this expansion.
So if you are looking for inserting systems and pre-and post processing equipment, check with him.

The Document X-perts Network e.V. is a cross-sector professional association with more than 550 members from 165 companies and organizations. All of them directory participate in the development and the adoption of technologies in the document management branch.